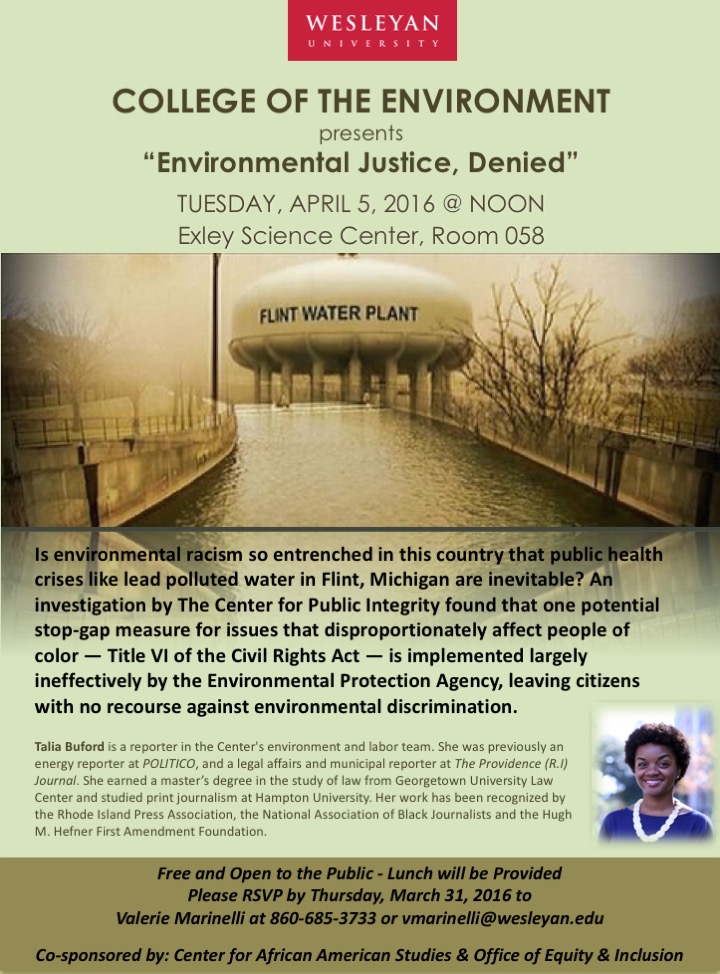 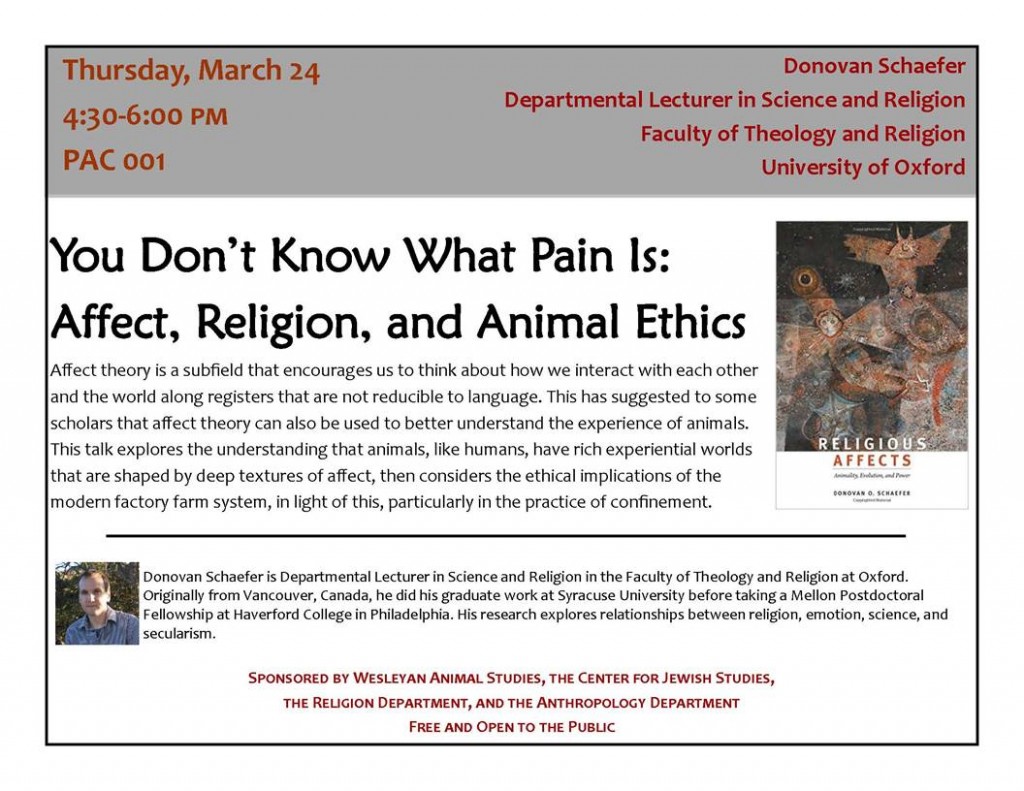 The lecture, named in honor of U.S. Supreme Court Justice Hugo L. Black, is offered annually and endowed by Leonard S. Halpert ’44. The series is designed to bring to the Wesleyan campus distinguished public figures and scholars with experience and expertise in matters related to the First Amendment and freedom of expression. 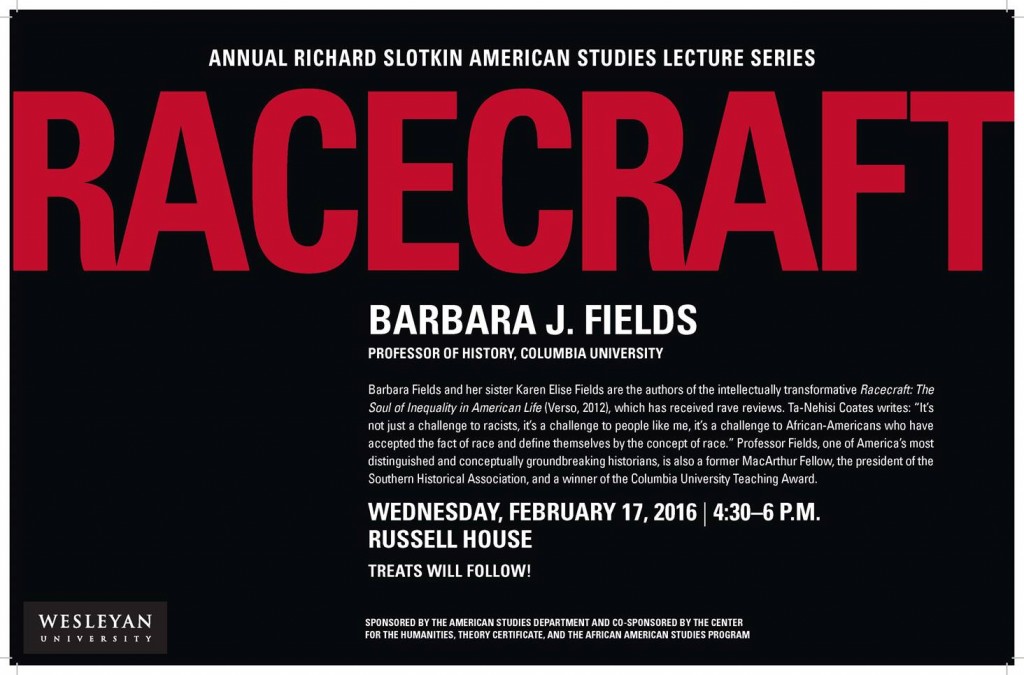 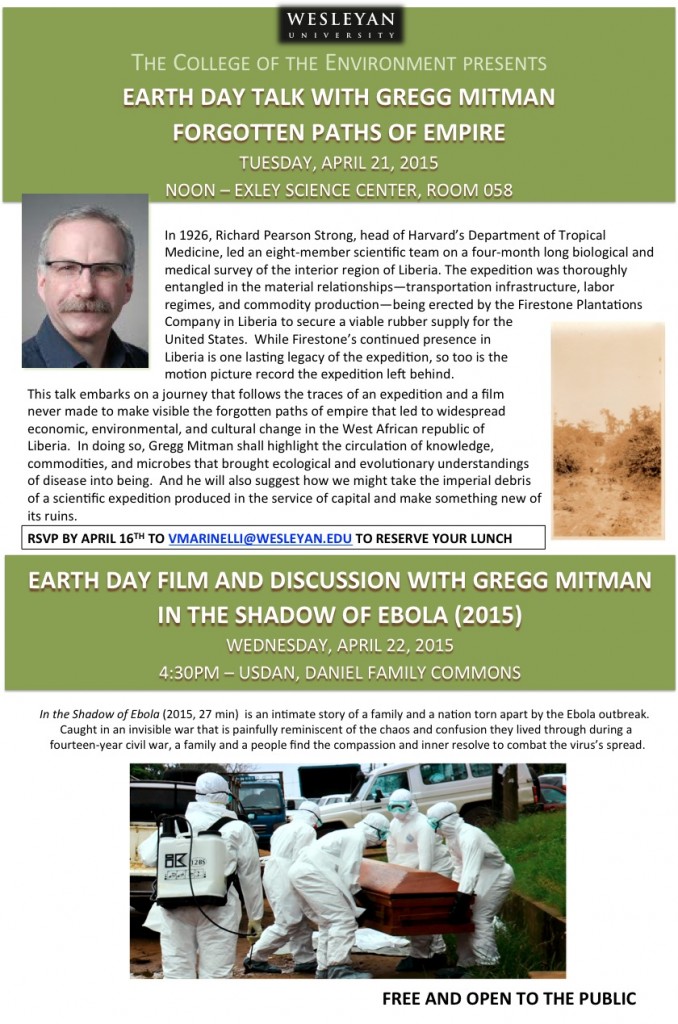 Please join us for the fifth and last of this year’s lectures on Fundamental Concepts in Theory, sponsored by the Certificate in Social, Cultural, and Critical Theory. Eirene Visvardi (Classical Studies) will bear us to the threshold of UTOPIA at 4:30 on Wednesday, April 8, in Downey 113.

Please join us for the fourth and penultimate of this year’s lectures on Fundamental Concepts in Theory, sponsored by the Certificate in Social, Cultural, and Critical Theory. Amy Tang (American Studies and English) considers DIFFERENCE at 4:30 on Wednesday, March 25, in Downey 113.

The full schedule of lectures is available here: http://www.wesleyan.edu/theory/html_email/spr15_five_fundamental_concepts.html

Today at 4:30 p.m., Isaac Martin will talk about his recent book

Rich People’s Movements: Grassroots Campaigns to Untax the One Percent.

Isaac William Martin is professor of sociology at the University of California – San Diego. He is the author of Foreclosed America (Stanford University Press, 2015) with Christopher Niedt; Rich People’s Movements: Grassroots Campaigns to Untax the One Percent (Oxford University Press, 2013); and The Permanent Tax Revolt: How the Property Tax Transformed American Politics (Stanford University Press, 2008). He is editor of The New Fiscal Sociology: Comparative and Historical Studies of Taxation (Cambridge University Press, 2009), with Ajay K. Mehrotra and Monica Prasad, and After the Tax Revolt: California’s Proposition 13 at 30 (Berkeley Public Policy Press, 2009) with Jack Citrin. He is the recipient of a Charles Tilly Book Award (2014), a Distinguished Scholarship Award from the Pacific Sociological Association (2014), a Douglas R. Maines Narrative Research Award (2012), and a President’s Book Award from the Social Science History Association.

Please join us on

This year’s speaker is Dr. Cheryl LaRoche of the American Studies Department at the University of Maryland, College Park.  An award-winning archaeologist and historian, Dr. LaRoche teaches in the American Studies Department at the University of Maryland and has been influential in the archaeology of African American sites. She uses powerful interdisciplinary and multidisciplinary rubrics in her work to define and to reclaim 19th century African American cultural landscapes and their relationships to the Underground Railroad.  Her scholarship and practice combines law, history, oral history, archaeology, geography and material culture and she has been honored for her exemplary work in the field of African American archaeology.  A project historian for the Smithsonian’s newest museum, the National Museum of African American History and Culture, she also has worked closely with National Park Service, the National Forest Service, the African Meeting Houses in Boston and Nantucket, the African American Museum in Philadelphia, the Reginald F. Lewis Museum, Baltimore, and a number of other vital historical sites and projects. 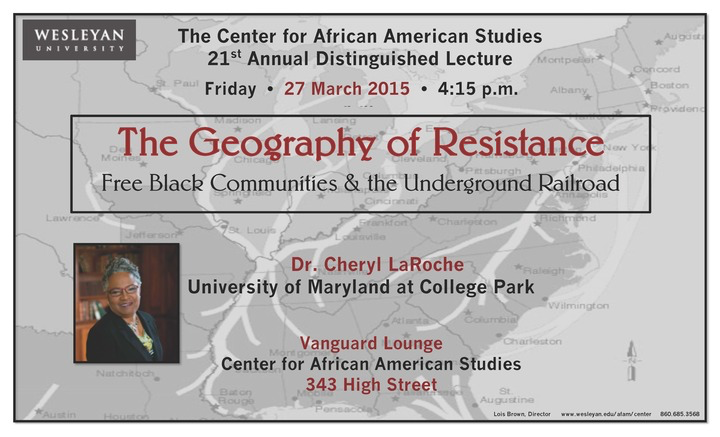