Congratulations to Jenna Shapiro ’17 and Clara Leonard ’16 for receiving the 2nd annual Let’s Get Ready Chairman’s Award.  For those of you who don’t know about Let’s Get Ready, it strives to provide  “low-income high school students with free SAT preparation, admissions counseling and other support services needed to gain admission to and graduate from college.  Services are provided by volunteer college students who also serve as role models and mentors.”

Recipients of the Award are selected by former Chairs of Let’s Get Ready’s Board of Directors and exemplify the power of students helping students. Jenna and Clara will be honored and presented their awards at Let’s Get Ready’s Annual Gala on April 13th at Chelsea Piers in NYC where approximately 500 attendees will gather in support and celebration of LGR and its members.

Please thank Clara and Jenna for their commitment to serving others and congratulate them for being recognized for their outstanding impact in their community!

Have you considered a career in education? Are you interested in hearing about educational research and service happening at Wesleyan and beyond? Would you like to learn more about Wesleyan’s Certificate in the Study of Education as well as the steps you should consider taking if you would like to become a teacher? Would you like to learn more about volunteer opportunities? If so, then join the Wesleyan Education Network listserv! Just email Professor Steven Stemler (steven.stemler@wesleyan.edu) and request to be added to the listserv.

Any sophomore or junior in good standing may submit an essay that addresses the following:

Describe in detail the most influential social justice effort in which you played a leadership role that sought to make our local and global communities more equitable (The effort should have a direct affect on the Wesleyan campus and/or on external communities.);

You must include at least four copies of the non-print and printed items and drop them off to Dean Marina J. Melendez, North College, 2nd floor, Room 215 by 5 p.m. on Friday, February 27, 2015.  All essays, letters of support and printed items must be in by the deadline.  By submitting your packet, you agree to allow the Office of Student Affairs and the Office of Diversity and Institutional Partnerships to use it (or excerpts from it) for assessment, archival, and promotion purposes.

If you have any questions, don’t hesitate to contact Dean Marina J. Melendez, Ph.D., x.2765, mmelendez@wesleyan.edu.

The Middletown Community Thanksgiving Project is an initiative that brings together volunteers from a variety of groups and businesses to purchase and assemble baskets of food for families who cannot otherwise afford Thanksgiving feasts. The baskets include a turkey, a pie, and all the ingredients to prepare a holiday meal. This year we’ll be preparing almost 1000 baskets!

We are currently looking for Wesleyan students to assist with prepping baskets on:

Monday, November 24th between 10am and 3pm at Fellowship Church (1002 Saybrook Road) and

Thank you!  Office of Community Service

Community Agencies and Student Groups will be there to share how you can connect with the local community. 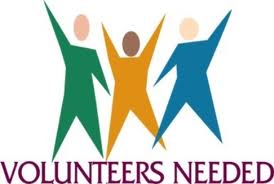 Sponsored by the Center for Community Partnerships