On Wednesday, December 2nd, you will have the opportunity to hear from Jim Steiker ’81 in Usdan 108 from 4-5pm. Jim Steiker ’81 will speak about his experience in the financial and legal sector, specifically the options for legal structure and ownership of social ventures. Jim was a legal representative for Ben Cohen in the sale of Ben & Jerry’s where Ben tried to take the company private in a mission based transaction rather than sell to Unilever

​Talking about Race with Jelani Cobb

On Wednesday, December 2nd at 7, we are welcoming Jelani Cobb, PhD, Director of the Africana Studies Institute at UConn and Staff Writer of the New Yorker to speak in CFA Hall. His book, the Substance of Hope: Barack Obama and the Paradox of Progress, was published in 2010 through Bloomsbury Publishing.  His post recent published pieces include:

What Divides Us?: An Interview with Yale College Dean Jonathan Holloway 11/15/15

When student, frontline communities, and organizers call for solidarity actions, how can we respond most effectively? What tactics do students have at their disposal to raise awareness, change policies, communicate support, or raise funds? How can work done here at Wesleyan affect change elsewhere? How is solidarity organizing different? We welcome all viewpoints- no background knowledge required.

Students in the CEC program participate in a wide variety of formal and informal civic activities in Middletown and around the world. These include volunteer work, practica, activism, and service-learning courses. The certificate is designed for students interested in reflecting upon these activities and integrating their civic and academic efforts.

On behalf of the Religion Department, I would like to invite you to a public lecture by Dr. Joshua Dubler ’97, Assistant Professor of Religion at the University of Rochester, this coming Monday, Nov. 24, at 4:15 pm, in 001 PAC.

The lecture is entitled: “Prisons, Religion, and the Cultural Logic of Mass Incarceration.”

Here is a brief description of the lecture: Drawing on his recent book, Down in the Chapel: Religious Life in an American Prison (Farrar, Straus and Giroux, 2013), Dubler explores the role played by religious ideas and practices in nurturing the American prison boom. Special attention will be given to prisoners’ religion–how it is practiced, how it is regulated, and how it is popularly imagined. 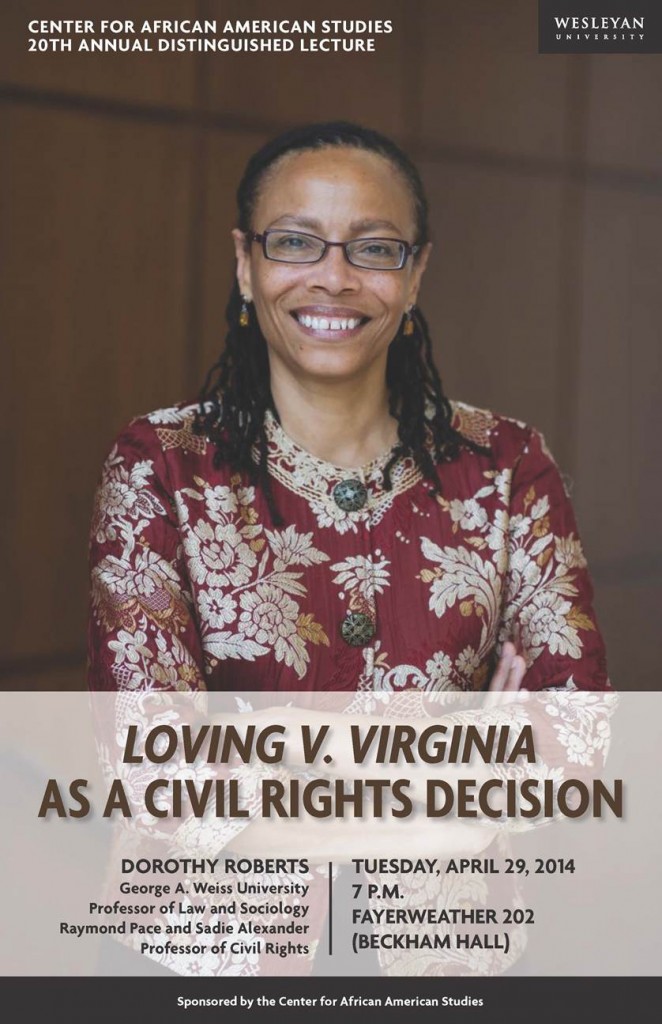 The Missing Piece in the Affordable Care Act


Sponsored by the Government Department

Four years after its passage, the Affordable Care Act makes no credible promise to meet the goal that most voters most desired — which was not to expand coverage to the previously uninsured, but to reduce the out-of-pocket costs of paying for health insurance. Why did the Democrats pass legislation that was not explicitly designed to reduce health insurance costs? The answers involve interest group politics, regional divisions in the Democratic Party, and the politics of the health care policy community

Sponsored by the Government Department

Professor Iyengar presents the results of three related studies showing that Americans today are divided even more strongly by party than by race.

Are you interested in the politics surrounding the Affordable Care Act? Want to know more about how it’s being covered in the media? Looking to get involved in faculty research at Wesleyan?

The Wesleyan Media Project and Professor Erika Franklin Fowler are seeking interested students for a short-term project related to the implementation of the Affordable Care Act.

The positions: We are looking to hire and train several students by Thursday, October 24. The positions will involve data collection and analysis of local television news coverage of the Affordable Care Act, also known as “Obamacare.”

Qualifications: Applicants should be highly motivated, detail oriented, and organized.

Compensation & Hours: $9.00/hour. Hours are somewhat flexible and students can work from their personal computers. We expect students to work 10+ hours/week (30-80 hours total) through November 15, with the potential for additional work depending on the project’s needs.

Application instructions: Send an email describing position fit and prior experiences and current resume or CV to:

Background: The Wesleyan Media Project tracks and analyzes all broadcast advertisements aired by or on behalf of federal and state election candidates in every media market in the country. In 2012, our data on ad spending were cited in over 550 stories (many thousand placements) by over 300 news organizations, including the Associated Press, New York Times, Washington Post, Politico, Wall Street Journal, Chicago Tribune, National Public Radio, ABC News, CBS News, NBC News, MSNBC, and CNN.  Our primary goal is to enhance the ability of scholars, citizens, and journalists to hold government accountable by providing the only publicly available, real-time information on how special interests are attempting to influence American democracy, in general, and political campaigns, in particular. 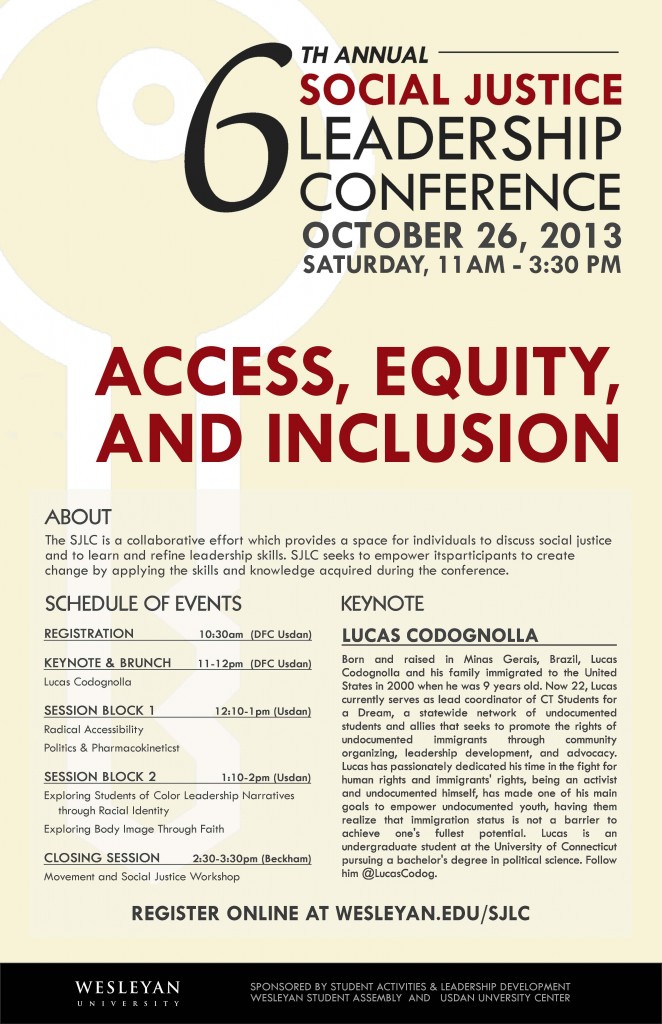 Free and open to the public

The Fall 2013 WSA Elections are now open at http://wsa.wesleyan.edu/voting. Voting will be open from now until 11:59pm on September 20th. We strongly encourage you to vote, and have your voice represented.

There are 10 spots available for representatives from the Class of 2017, and they may be voted on only by freshmen through the Frosh Election.

There are 7 spots available for members of the classes of 2014, 2015, and 2016, and may be voted on by members of any of those classes through the At-Large Election.

You may vote for as many people as there are spots

available, but once you have submitted your vote, you cannot vote again.

Your feedback is very important for all of us students here at Wesleyan to make our university what we all want it to be. As always, direct any thoughts, complaints, comments, concerns, etc. to wsa@wesleyan.edu or to any representative to the assembly.