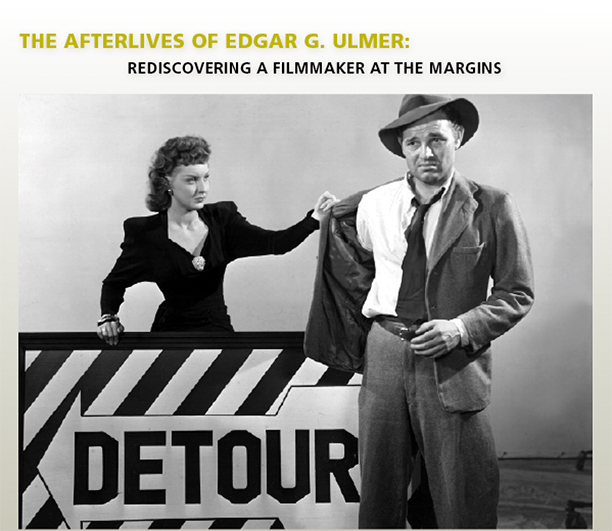 New School for the Liberal Arts

The near-forgotten emigre filmmaker Edgar G. Ulmer enjoyed a thirty-five year career as a director. Born in Olmutz (in what is today the Czech Republic) in 1904, and raised in Vienna, he first traveled to America in 1924 with Max Reinhardt’s theater company to help stage The Miracle in New York. His sprawling, eclectic body of work includes: such daring and original horror films as The Black Cat (1934) and Bluebeard (1944); a startling variety of ethnic films, ranging from an all-black musical drama, Moon Over Harlem (1939), to a pair of Ukrainian operettas and four powerful Yiddish features, most notably The Light Ahead (1939); numerous acclaimed B-pictures of diverse genres, including science fiction, melodrama, and the western; and, finally, such film noir classics as Detour (1945), his best-known film. Long overshadowed by the more celebrated careers of his fellow Austrian- and German-born peers, Ulmer’s work is now finally, more than four decades after his death, receiving a new wave of critical appreciation.