Just a reminder that today at 5 p.m. is the deadline for withdrawing from courses.  Please consult with the professor and your faculty advisor about doing so and if it’s a yes, then get their signatures before bringing the form to my office for my signature.

Use the Thanksgiving break to get organized and on top of your work for the last week of classes and finals.

Whether you will be on campus, at home or visiting friends, have a wonderful Thanksgiving!  Best, Dean Brown

If you have questions about the psychology major, this is the meeting to attend.

(helpful info on the major: http://www.wesleyan.edu/psyc/about/psychman.pdf)

Pizza will be provided.

Looking for a course?  Prof. Anu Sharma, chair of Anthropology, wants to bring to your attention African Archaelogy, taught by Professor Sarah Croucher, which is open for first-years and sophomores and meets at 9 am on Tuesdays and Thursdays.

Professor Andy Curran, the director of curricular initiative and dean of the Arts and Humanities, wants to inform the Class of 2017 that there are several excellent first-year seminar classes that still have spots for the spring semester. These classes are writing intensive and are designed to demystify college writing, while still introducing you to an interesting discipline. A survey among students this year (on last year’s program) determined that students felt like they improved their writing and got a lot of the new FYS classes.

Here are the remaining classes:

is hosting their 12 day business fundamentals immersion boot-camp on campus this winter. Personalized coaches will teach competencies and skills to help students gain a competitive edge in the internship & job market, allowing students the opportunity to learn from business-related curriculum that they otherwise wouldn’t get to experience at Wes.  The final day of the program is dedicated to networking with hiring managers, from various industries, including Fortune 500 companies, non-profits, and start-ups, who will give an exclusive first-look at their coveted Summer 2014 internships.

CHECK OUT THIS VIDEO from Oladoyin Oladapo ’14, who talks about her experience going through the program: http://vimeo.com/72987709

Here are a couple of blog posts that Peer Advisor Faisal Kirdar ’14 wrote about the pre-reg process that may be helpful to you.

Part I is geared toward helping students assess what they want to take, and

Part II discusses maximizing chances of getting into courses.

An Invitation from the Students and Tutors

in the College of Social Studies

Join current College of Social Studies students and tutors for an Information Session to be held on Tuesday, November 19th, from 12:00 noon to 1:00 p.m., in the PAC 4th Floor Lounge.  Here’s your opportunity to ask questions to a panel of current students and tutors, and to learn what we might have to offer you as a major. Pizza and beverages will be served.  To learn more about the College of Social Studies visit http://www.wesleyan.edu/css/.

An announcement will be made in early 2014 when applications will be accepted for admission consideration. 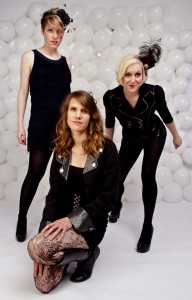 For their first U.S. tour since an appearance at the South by Southwest Festival in March 2011, at Wesleyan the group will perform vibrant classical works including the world premiere of “Ferrara Redux” by New York-based composer and Wesleyan alumnus Toby Twining MA ’06; six U.S. premieres, including one work written by Anna Snow, plus compositions by Mica Levi, Anna Meredith, Dai Fujikura, Jim Moray, and Peter Moran; and unusual arrangements of British folk songs and pop music by Guns N’ Roses, Erasure, Mariah Carey, and Flatt and Scruggs.

A Crowell Concert Series event presented by the Music Department and the Center for the Arts.

There will be a pre-concert talk by Wesleyan University John Spencer Camp Professor of Music Neely Bruce at 7:15pm. He will be joined by composer Toby Twining MA ’06.

Tickets for this performance are $22 for the general public; $18 for senior citizens, Wesleyan faculty/staff/alumni, and non-Wesleyan students; and $6 for Wesleyan students. Click here to purchase tickets online.

Come sing with the Juice Vocal Ensemble. All singers welcome!

so that the organizers have an idea of how many people are coming. 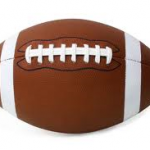 CHEER THE FOOTBALL TEAM ON TO AN UNDEFEATED SEASON

AT TRINITY COLLEGE THIS SATURDAY!