Family Weekend 2015 is fast approaching (November 6th-November 8th), and we need student employees!   Aside from getting paid, you’ll also have the unique opportunity to help out with one of Wesleyan’s most important events, make lasting connections with alumni, and represent the student body to hundreds of visitors and guests. Potential jobs include working at the registration site, escorting guests around campus in shuttle vans, and much more!

To apply for a position, please fill out and submit the student employee application, available here. Applications will be accepted until Friday, October 16th at 5:00 PM, and we will notify you of your employment status no later than Tuesday, October 20th.

There will be a mandatory student employee meeting on Wednesday, November 4th in Exley Science Center 150, at 5:00 PM.  If you are hired, you must attend this meeting to receive your work schedules, event staff T-shirt, and other important event information.

If you have any questions, please contact us at aprinterns@wesleyan.edu.   Thanks for your interest!

From the Office of Study Abroad:

This is a reminder that applications for SPRING 2016 for the Wesleyan-administered programs in BOLOGNA, MADRID, and PARIS are due THURSDAY, OCTOBER 1. This is a firm deadline because all parts of the application can be sent electronically. PLEASE NOTE: the Wesleyan “Permission to Study Abroad” application doubles as the application to these three programs so you DO NOT NEED to complete a separate program application. If you have already done the steps noted BELOW, the permission application and check list are in your student portfolio in the “Study Abroad Information” under the “Academic Career” bucket.

There are 6 documents in the checklist (the parental form has been removed as it is no longer required), including the one-page permission to study abroad application and all of them can be turned in electronically either by completing and hitting “submit” or by uploading the documents.

If you have NOT started the process and been in our office for an advising session, please do the following first:

Go to the “Academic Career” section in your student portfolio and click on the “Study Abroad application and information” link. This takes you to our landing page and you must:

After your advising session you will be given access in your portfolio to the Permission to Study Abroad Application and Checklist which you must complete by the October 1 deadline as indicated above.

Interested in a study abroad program that serves and empowers local communities by acting as a decolonizing force? Do you believe in the arts as a means of producing knowledge and creating community? Come find out more about Fair Trade Study Abroad and how the Rehearsing Change program in Ecuador embodies these goals.

Five Wesleyan Theater Department alumni talk about their work and careers in theater after Wesleyan. They include:

Roberta Pereira ’03 is the Producing Director of The Playwrights Realm, an off-Broadway theater company that develops and produces new plays by early-career playwrights. Before joining The Realm, she worked with Bisno Productions on shows such as A Red Orchid Theater’s off-Broadway premiere of The Opponent; the Tony Award-nominated play Mothers and Sons by Terrence McNally, starring Tyne Daly; the revival of the beloved musical Annie; the Olivier Award-winning revival of Stephen Sondheim’s Merrily We Roll Along in the West End; the Broadway premiere of Grace, starring Paul Rudd, Michael Shannon, and Ed Asner; and the Tony Award-winning smash hit War Horse (Broadway, Toronto, and U.S. tour). Previously, Ms. Pereira was an Associate Producer at Anne Bogart’s SITI Company, Executive Producer of Yale Summer Cabaret in New Haven, and she produced all the auxiliary events for the 2006 Dublin International Theatre Festival. In 2011, Ms. Pereira co-founded Dress Circle Publishing, a boutique publisher specializing in books about Broadway and by Broadway authors. Bestselling titles include Ruby Preston’s Broadway Trilogy, Jennifer Ashley Tepper’s The Untold Stories of Broadway, and Seth Rudetsky’s Broadway Diaries. A graduate of the Yale School of Drama’s Theater Management program, Ms. Pereira is originally from Brazil, and currently lives in New York City.

Michael Rau ’05, Artistic Director and Co-Founder of Wolf 359, is a director specializing in new plays, re-imagined classics, and operas. He has been working internationally in Germany, the United Kingdom, Ireland, Canada, and Greece; and has created work in New York City at Performance Space S122, The Culture Project, HERE Arts Center, Ars Nova, The Bushwick Starr, and Dixon Place.

Rachel Silverman ’09 is the Artistic Producing Associate at New York Theatre Workshop, where she has worked in many capacities since the fall of 2009. At NYTW, Rachel coordinates all workshop programming and artist development activities including a weekly Monday @ 3 reading series, summer residencies at Adelphi University and Dartmouth College and NYTW’s 2050 Fellowship for emerging playwrights and directors. In addition to her work with NYTW, Rachel served as festival producer for PRELUDENYC in 2012 and 2013 and has directed and curated for TinyRhino. Other producing credits include UglyRhino’s site specific What it Means to Disappear Here and 13P’s OBIE Award-winning A Map of Virtue. Rachel served as the Associate Producer of 13P for its final years until implosion and is a proud UglyRhino Associate Artist. BA: Wesleyan University, Theater and Sociology.

Emmie Finckel ’14, a New York-based scenic and properties designer, is currently the Communications Associate at David Korins Design, and has collaborated with Woodshed Collective, The Assembly, and Trusty Sidekick theater companies. The panel will be moderated by Associate Professor of Theater Cláudia Tatinge Nascimento.  An Outside the Box Theater Series event presented by the Theater Department and the Center for the Arts. 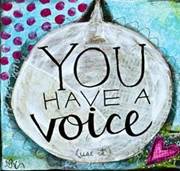 The Peer Health Advocates (PHA) are the student voice of WesWELL’s health education outreach efforts and integral to the development and implementation of those efforts.

Involvement in the group is intended to impact your own understanding and behaviors around health as well as educate and promote health to the entire Wesleyan community.

We welcome students with interest in all health topics who wish to have a positive impact on the well-being of Wesleyan to apply to be a PHA.

Please visit the WesWell website for more information and to apply.

(2ND Floor of Fayerweather, next to the Usdan University Center)

Whether you are a first year student, a sophomore deciding on a major, or a student planning to study abroad next semester, this is a wonderful opportunity to meet representatives from many of the over 140 programs available, receive information about the programs and ask questions. Find out all your options for study abroad!

Sponsored by the Office of International Studies

PSYC 203: Sec 02 Quantitative Methods will be cancelled due to low enrollment.  If you were thinking of making a request for this course, please choose Section 01 instead.  Below is a description of Sec 01 of the course (including a new proposed course time — please read carefully!).

PSYC 203: Sec 01 Quantitative Methods is a general introduction to research methods in Psychology taught by social psychologist, Professor Kathleen Schmidt (kschmidt@wes).  It is similar to other 200-level research methods courses except that it covers the entire field, rather than focusing on a sub-area of psychology, thus the more general title.  In this class, you will understand how to do research that involves collecting data about all aspects of human behavior that can be measured as numbers (e.g., survey ratings, accuracy, response times, etc.).  (This is why it is called quantitative methods — you measure things using numbers!).  There are now no prerequisites for this section of the course and it is open to students in all class years and majors.  This course is a requirement for the Psychology major. In fact, for the incoming class, prospective majors must take this course in their first two years in order to be able to declare Psychology as a major.  If you are at all interested in psychology as a major (or are in the major) and want to get a project-based start in understanding research methods, this is a great course for you!  Once you have taken this course, you will be in a better position to get involved in a research lab in the department or to do independent research, too.  If you are still looking for a class, do take advantage of the seats in this class this term!

Thanks for your patience as we try to accommodate student course needs in Psychology!  If there is another course you wish we would offer this term and for which there remains high student demand, feel free to let me know!

It’s Not Too Early to Think SPRING!

As you plan your courses this fall, keep the Wesleyan “Spring Intensive” in mind.  This new opportunity will allow you to plunge into a new course every three weeks and to intensively focus on project or topic at a time rather than balancing several. The goal of the program is to give students an opportunity to build cohesiveness across their courses, collaborate with faculty, engage in project-based learning and sample from some never previously offered courses from prominent visitors.  Each three week course will carry a full credit covering the same amount of material as 14 week courses. Check out the menu of courses here http://wesleyanspringintensive.blogs.wesleyan.edu/

Who can participate?  Up to 50 students interested in building their spring schedule with intensive courses and other for-credit experiences.

Can I take other courses?   Though most admitted students will take their courses exclusively in the intensive format, students may enroll in one or more semester-long credits for a senior thesis, independent or group tutorial, student forum, or internship. Students can also take quarter-credit courses outside the intensive format, schedule permitting.

When will intensive courses meet?  Classes will meet Monday through Friday for 2 hours and 50 minutes for three weeks.

How will students be admitted?  The Intensive program is POI. Interested students may apply for admission by meeting with Professor Lisa Dierker (ldierker@wes) or any of the faculty teaching through the intensive program, before or during spring semester planning period. Admitted students will then seek final course selection approval from their advisors.

A bonus! Students admitted to the Intensive semester will not need to participate in pre-registration for spring 2016.