I hope you are getting into your classes and the rhythm of the semester—and are enjoying being a senior!

With drop/add over, CHECK YOUR CREDIT ANALYSIS to make sure you are all set to meet degree requirements by the end of the spring semester so that you can walk in the ceremony and graduate on May 28!!!

The library is offering workshops on research sources and interlibrary loan and other services for seniors writing a thesis or an essay. Sessions will be offered on Mon. 9/26, Tues. 9/27, Wed. 9/28, and Thurs. 9/29 at 11 a.m, 1 p.m and 3 p.m. each day. No need to sign up ahead of time. Choose a date and time convenient for you and join a group for a 45-minute info session at Olin Library’s Reference Office. Attendees will be granted expanded interlibrary loan privileges. Contact Kendall Hobbs, Reference Librarian, at khobbs@wesleyan.edu with questions.

Work at Homecoming and Family Weekends
This year’s Homecoming (Oct.21-22) and Family Weekends (Oct. 28-30) are fast approaching, and we need student employees! Aside from getting paid, you’ll also have the unique opportunity to help out with one of Wesleyan’s most important events, make lasting connections with alumni, and represent the student body to hundreds of visitors and guests. Fill out and submit the student worker application by Wed., Oct. 5 at 5 PM, and we will notify you of your employment status no later than Mon., Oct. 10.  Note: Homecoming is during fall break.  There will be a mandatory student employee meeting on Wed., Oct. 26 at 5 PM. If you are hired, you must attend this meeting to receive your work schedules, event staff T-shirt, and other important event information.  If you have any questions, please contact us at aprinterns@wesleyan.edu.  Best, Nisha Grewal ’17, Avva Saniee ’17, Amanda Yeoh ’19 & Maxine Gibb ’19

I have loved seeing so many of you already this semester.  Don’t hesitate to drop in, make an appointment, or email me with questions or concerns.  Best, Dean Brown

All students need to confirm the accuracy of their course schedule via EP>Student>Academic Career>Current Classes & Schedule by 5 p.m. on Friday, February 12.

Detailed information is available at http://www.wesleyan.edu/registrar/registration/schedule_confirmation_notes.html.

Reunion and Commencement Weekend 2015 is fast approaching (May 21st-May 24th), and we need student employees! Aside from getting paid, you’ll also have the unique opportunity to help out with one of Wesleyan’s biggest events, make lasting connections with alumni, and represent the student body to hundreds of visitors and guests. Potential jobs include working at the Registration site, being a Camp Cardinal Counselor, escorting guests around campus in shuttle vans, and much more!

To apply for a position, please fill out and submit the student employee application, available here. Applications will be accepted until Friday, April 10th at 5:00 PM, and we will notify you of your employment status no later than Wednesday April 14th.

There will be a mandatory student employee meeting on Tuesday, May 19th in Exley Science Center 150, at 5:00 PM. If you are hired, you must attend this meeting to receive your work schedules, event staff T-shirt, and other important event information.

If you have any questions, please contact us at aprinterns@wesleyan.edu or 860-685-2802. Thanks for your interest! 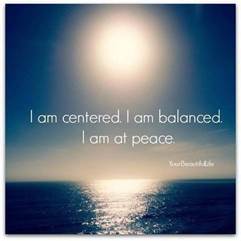 Connect with others who are seeking healthy ways to handle stress.

Learn new skills and tools to manage stress and take care of yourself.

Meetings will follow an exploratory workshop format and participants will learn and practice different stress relief techniques each week.

Space is limited and on a first come basis.

Participants will be expected to attend all 5 sessions.

Any sophomore or junior in good standing may submit an essay that addresses the following:

Describe in detail the most influential social justice effort in which you played a leadership role that sought to make our local and global communities more equitable (The effort should have a direct affect on the Wesleyan campus and/or on external communities.);

You must include at least four copies of the non-print and printed items and drop them off to Dean Marina J. Melendez, North College, 2nd floor, Room 215 by 5 p.m. on Friday, February 27, 2015.  All essays, letters of support and printed items must be in by the deadline.  By submitting your packet, you agree to allow the Office of Student Affairs and the Office of Diversity and Institutional Partnerships to use it (or excerpts from it) for assessment, archival, and promotion purposes.

If you have any questions, don’t hesitate to contact Dean Marina J. Melendez, Ph.D., x.2765, mmelendez@wesleyan.edu.

In courses in which students have a choice of grading mode, the final choice must be made by Friday, September 26 at 5:00 p.m.

If you wish to change the grading mode of a course in which you are currently enrolled, you must do this by completing the grading mode change form and submitting it to the Registrar’s Office no later than fourteen days after the drop/add period ends—September 26 at 5 p.m.

Whether a course has a grading mode option is listed in the course’s description in Wesmaps.  If it does not say “Student option” under Grading Mode, then it only has one grading mode and there is no option.

FROM THE OFFICE OF INTERNATIONAL STUDIES –

RE: APPLICATIONS FOR WESLEYAN’S PROGRAMS IN BOLOGNA, MADRID, AND PARIS FOR SPRING 2015

This is a reminder that applications for SPRING 2015 for the Wesleyan-administered programs in BOLOGNA, MADRID, and PARIS are 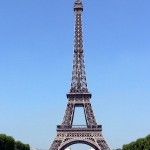 due WEDNESDAY, OCTOBER 1 BY 5:00 P.M. This is a firm deadline and late applications will not be accepted. Applications must be turned in to the Office of International Studies, 105 Fisk Hall.

Effective this semester the Wesleyan “Permission to Study Abroad” application doubles as the application to these three programs. If you have already done the steps noted BELOW, the application and checklist are in your portfolio.

If you have NOT been in our office this semester, the process is as follows:

Go to the “Academic Career” section in your student portfolio and click on the “Study Abroad application and information” link. This takes you to our landing page and you must:

After your advising session you will be given access in your portfolio to the Permission to Study Abroad Application and Checklist which you must complete by the October 1 deadline. The application consists of 7 documents, 4 of which are online.

Join current College of Social Studies students and tutors for an Information Session to be held on Thursday, February 6, 2014 , from 12:00 noon to 1:00 p.m., in the PAC 4th Floor Lounge.  Here’s your opportunity to ask questions to a panel of current students and tutors, and to learn what we might have to offer you as a major.  Refreshments will be served.  To learn more about the College of Social Studies visit http://www.wesleyan.edu/css/.

If you attended the open house held in November 2013, it is not necessary for you to attend again as the information provided at that time is repeated for those student who were unable to attend the first info session..

The College of Social Studies will be accepting applications from February 6thth at 12:00 noon until 2:00 p.m. on February 10th at which time the application link will be deactivated.  Applications submitted after the day and time indicated cannot be considered.   To access the application use the link provided.   http://www.wesleyan.edu/css/applying/application.html.

Just a reminder that today at 5 p.m. is the deadline for withdrawing from courses.  Please consult with the professor and your faculty advisor about doing so and if it’s a yes, then get their signatures before bringing the form to my office for my signature.

Use the Thanksgiving break to get organized and on top of your work for the last week of classes and finals.

Whether you will be on campus, at home or visiting friends, have a wonderful Thanksgiving!  Best, Dean Brown

I hope this note finds you as excited about coming to Wes as we are about your arrival!  The orientation interns and Office of Student Activities and Leadership Development have organized a great orientation that will introduce you to Wesleyan’s academic and community expectations and values, and give you the opportunity to connect with other students in the class.  You will be meeting with your faculty advisor to discuss your plan of study and course selections, and be able to meet with a peer advisor who can help with questions in preparation for those meetings. The First Year Matters program and its theme of access is thought-provoking, so I hope you have done the readings and will bring an open mind and questions to your seminar and the Common Moment.  You should take advantage of everything that the orientation and extended orientation program offers.

ASAS & ASRE:  If you have NOT submitted your Academic Skills Assessment Survey, please do so to avoid having to do it when you check in at registration.  Thanks to all those who have written in; if you submitted the survey already, then you’re all set.  Make sure that you also have done your Academic Self-Reflection Essay.

LANGUAGE/MATH PLACEMENT EXAMS:  Language and math placement exams are required to move forward with those courses and the latter is required for those interested in ECON110, so make sure you do them, if you have NOT already.

I.D. PHOTO:  If you have NOT sent in a photo for your Wes I.D., please upload it immediately to “WesCard Photo” in your portfolio (under Orientation News and Checklist).  Also check a meal plan.  Otherwise, you will not be able to eat or get into your residential hall.  Problem!

2017 Class Council:  Be the ones to organize for the Class of 2017.  The 2013 Class Council brought their class together with, among other things, the sophomore Fallapalooza, an end-of-the-semester junior Cinco de Mayo dinner, the Senior Barbecue with bands, and an annual dodgeball tournament for all the classes that raised $$ for a charity of the council’s choice.  Let me know if you’re interested in doing this kind of thing for the 2017’ers.

Community Engagement and Student Activities Fairs:  Learn about the different ways to volunteer for community groups in Middletown on Wed., Sept. 11 and the many different WSA student groups on Fri., Sept. 13, and make sure to get involved in at least one activity/group.  There are a ton from which to choose.  It’s a great way to pursue your interests, meet people, make connections, and hone different skills.

Soon you will receive an invitation to join this network that connects you with a faculty or staff mentor and an upper-level student so that you have an “in” to the Wes community and people to help you navigate your way around.  Definitely something to check out.

While email is the official mode of communication (so check your email daily), I will also communicate with you through the Class of 2017  blog— www.classof2017.blogs.wesleyan.edu .  You can also send me announcements about events and I would be happy to post them.

I truly look forward to meeting and working with each one of you over your next four years at Wes. As your class dean, I am here to support your academic success and intellectual development as well as to help you work out situations that get in the way of that success, whether they be academic, personal or social.  If I cannot help you directly, I will connect you with someone who can.  Wesleyan has an array of resources for this very reason.  You are joining a wonderful community and as a member of that community now, you will enhance it by your participation in the classroom, in the labs, in the studios, on the fields, and in the community.  There are many interesting and challenging opportunities ahead of you over the next four years, so get ready for a great ride!