I started off the summer working full time as a mechanic at an auto shop. I was the youngest worker there, and so I was relegated to mostly only oil changes. My job involved performing safety inspections on all the vehicles, which was a fairly intensive process. I went through a checklist, and inspected each aspect of a vehicle that could “go wrong.” By a couple weeks in, I began taking on more responsibilities – some brake and serpentine belt changes, mostly. Working at the garage required a very strong work ethic, and I constantly struggled to keep on schedule (45 minutes per oil change and inspection is not that much time). I guess it’s not a typical summer job, as my friends all had internships in fields they were planning on pursuing, however I found the experience extremely rewarding. Not only is it not a typical college student summer job, but it is not a common job for a woman. Multiple people approached me to congratulate me, which, at times, I found a tad condescending, but I appreciated the attempt at sincerity.

In whatever time I had off, I tried to explore Oregon as best I could. In mid-July, my friend and I backpacked through the Diamond Peak Wilderness in Central Oregon, which 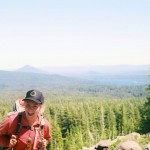 included a climb to a point boasting the “best view in Oregon.” We had a 360˚ view of mountains for hundreds of miles. While our water filtration pump broke the first day, and our stove broke the second, we managed through the five day excursion. I just got back from another camping trip in the Mt. Hood area in the Opal Creek Wilderness, an old growth forest with industrial mining equipment from the 1930s scattered between the trees. I’m not working in August, and I’m planning to drive my motorcycle down the Pacific Highway through California, that is, if the 1979 bike will hold up (fingers crossed). 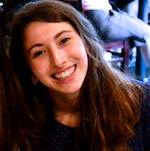 I had an eye-opening experience this summer as a Forensic Policy Intern at the Innocence Project in New York City. In its most basic structure, the organization has two branches: legal and policy. The legal side works to exonerate innocent prisoners, whereas the policy side works to prevent wrongful convictions from happening in the first place. My most significant project involved reassembling information on how and why to file an allegation for the investigation of a lab. The information existed, but it was a lot of bulk text that was difficult to read and follow. I picked out the most important information and used some graphics and flow charts to make the information more readable and understandable.

The workplace environment was incredible—my supervisors and colleagues were young, welcoming, and ultimately became good friends. There were weekly brown bag lunch lectures by individuals from outside organizations, exposing me to all kinds of areas of law and public service that I hadn’t known much about before, such as public defense, the rights of pregnant women, and the work of the ACLU and the Ford Foundation. Overall, I learned more about the type of career that I want to work toward and was exposed to both problems and solutions in our society. 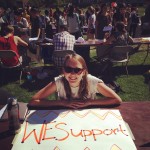 During my time at the United Nations I was given immense freedom to be able to attend meetings at the United Nations on various issues ranging from fracking to the education of children to global gender equality. I was astounded by the amount of human beings in one room all striving to better our international society on a daily basis. I have always been passionate about social equality, so having the opportunity to work on projects directly related to this pervasive issue was very satisfying. On the other hand, I found it hard to work at a desk job, which seemed paradoxical to me when working to fight for social justice worldwide.  However, this opportunity strengthened my confidence in my belief that I want my career to be in gender equality-related work, although I’m still not sure what capacity is best suited to me. Overall, I was lucky to be able to delve into a world of like-minded people with thought-provoking ideas as I sought creative solutions to gargantun problems such as sexual and gender-based violence.